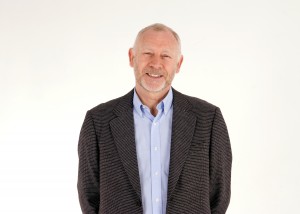 I believe reading is contagious and that I caught it from my mother. She was always the one who had her nose buried in this book or that as she juggled a baby on a hip, a full-time job and a pan on the hob.

Or perhaps it was from the poet teacher of my schooldays, Vernon Scannell, who taught English with his fists but threw books and words at us dimwitted boys with a deadly aim.

Or maybe it was from my grandmother, with her stories of home, of another life in the fantastical tumbledown villages of her youth around Macroom in Co Cork.

Whoever it was, whatever it was, something lit a fire in me and by the age of 12, I was reading Hemingway, Forster, Forrester, Faulkner, The Beano, The Eagle, Agatha Christie, Charles Buchan’s Football Monthly, Austen, Dickens – anything that stayed still long enough to be read. When I wasn’t playing football or cricket, I was reading. That was my young life.

And it was then that the dream began. That this is what I would do, this is how I would live, who I would be: I would be a writer, a teller of tales, a spinner of yarns, I would weave dazzling stories out of threads of silken words.

I left university with my head still stuffed full of that dream – but it was then that cruel reality slowly dawned. Apart from the stacked boxes of secondhand books I’d accumulated since childhood, all I had in the world were the clothes I stood up in and a new blue Burton’s suit bought for my graduation by my parents. I needed a roof over my head, food on the table. In short, I needed a job.

So I packed up my dream, put it in a box in a corner of my mind. And there it stayed gathering dust for almost 40 years while I went away and did other things.

I became a journalist, an editor, a newspaper executive. I ran regional newspapers, national newspapers. I moved into education, led a giant government agency, worked in Westminster; I went regularly to Downing Street and once to Buckingham Palace. I met extraordinary people, travelled the world. I had the most fortunate and fabulous of times.

Yet somehow, in that dusty corner, the dream survived intact and, a few years ago, I tentatively tried my hand at writing again. Then, one restless night, there was a story of a single day that sparked in my mind.

Later, in subsequent nights of little sleep, five characters emerged, and they had voices that I couldn’t ignore. So I sat down and began to write the book that eventually was to become Love, Love Me Do.

And it started – as these things so often do – with a memory of childhood.

One day, in the summer of 1961, when I was seven years old, my family fled our home. There was no warning given, no explanation offered; there was certainly no discussion. We just drove away.

My older sister and I would have been in the back seat of the car, my younger sister was with my heavily pregnant mother in the front, and my father was behind the wheel, smoking furiously.

I remember sleeping and waking in the car, sleeping and then waking again to find ourselves at the edge of a field that bordered a wood in the middle of nowhere. Nestled in the long swaying grass of that field was a small caravan, grey-white and hunched.

And that caravan was where we then lived for a month or more.

Towards the end of that time, I have a memory of returning briefly with my father to the house that we had so abruptly left, to find it had been stripped bare of all our possessions. What had not been taken had been left smashed on the now bare floorboards. To this day, I can still feel the crunch of a broken plastic toy beneath my feet.

And the story and the voices that sparked in my mind?

Love, Love Me Do tells the story of a family forced to flee their home in Brighton, on the south coast of England, to live in a caravan in a clearing in a forest. It is not, of course, in any way the story of my family – but those memories, some muddled, some sharp, of 50 years ago were the starting point for this, my first and very belated novel.

It is set in 1963, at a time when memories of the second World War and the austerity that followed were still raw. But a new age was beginning to dawn. It was the year when the Beatles first topped the charts, when Martin Luther King had a dream; it was the year of protest, of Profumo, of spies and of scandal. It was a time of get-rich-quick aspiration, of change, new liberation; it was a brief moment when anything seemed possible.

August 2nd, 1963, begins early for Soldier, for Baxter and for Christie. They are awake at dawn and worrying about the day ahead. For Soldier, broken and haunted, it is to be another day to be spent anxiously watching and waiting. For eight-year-old Baxter, the day has arrived that he has to spend with the father whose violent rages he fears. For Christie, it is time to try to make sense of how she and her three children have come to be living in a small hunched caravan – and why it is that she so rarely sees her husband.

That husband is Truman Bird, and for him the day starts later in the soft and welcoming bed of Doll, the landlady of The Hare and Hounds. But what Truman doesn’t know is that Strachan is on his trail and after money that he owes. And Strachan is not a man who likes to be disappointed.

For all of them it is to be a long hot sultry summer’s day – a day that builds minute by minute to a shattering climactic storm.

My publisher describes it as a debut novel that weaves themes of love, betrayal, family and childhood . . . For me, though, what lies behind Love, Love Me Do is much simpler than that: it is the realisation of a 40-year dream.

Mark Haysom’s first novel, Love, Love Me Do, is published by Piatkus on July 31st

My Brighton
It Began There, All This Book Business